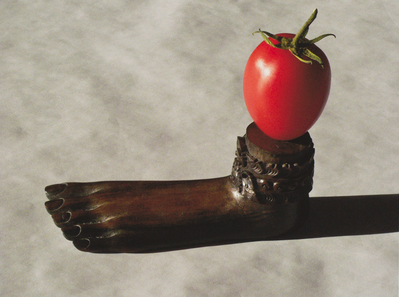 We currently have 25 collection works in 'Peter Peryer: Holy Tomato' which is on display until 12 February 2023. This exhibition is titled after one of Peter Peryer’s photographs Holy Tomato (2006) which is just one of over 150 works the Sarjeant Gallery has in its collection. The show features works created between 2003 and 2018 which were acquired by the Gallery in 2021 with generous assistance from the artist's estate. With the recent addition of these works to the collection the Sarjeant now has one of the most comprehensive collections of Peryer’s photographic practice in a public gallery. Also on show are 5 works in 'Collection Focus: Charles Blomfield' on display until 5 March 2023. Part of the Collection Focus series which examines works by a single artist from the Sarjeant collection, this exhibition highlights early New Zealand landscape painter Charles Blomfield (b.1848, d.1926) and is timed to coincide with the 175th anniversary of his birth in January 2023. 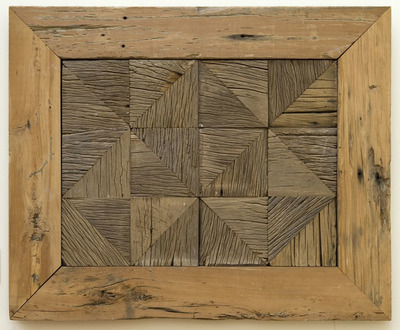 Each month a member of our community is invited to browse our online collection and select six of their favourite artworks. Each My Choice selection, together with personal responses to the works, will be available to view on the Sarjeant Gallery website for one month at a time. The January 2023 My Choice has been selected by Raewyne Johnson and is available to view until 31 January, 2023. After 35 years of involvement with the Sarjeant Gallery Raewnye is leaving her role as Functions Coordinator to work on a casual basis. Prior to her role at the Gallery, Raewyne worked as a full-time potter for 20 years. Given her involvement with the Gallery it was a hard task to choose just six works for My Choice but she says: These works reflect my love of the physicality and substance of material – of textures and three dimensionality, the use of other than traditional techniques which can be seen in my choice of these artworks. Many of these were made in the 1980s which was a time when a number of artists had dispensed the constraints of working within a frame and were re-using, constructing and reconstructing, breathing new life into wood, fabric and other found materials. My response to these particular works is very much on an emotional level; to the materials used, the subject matter and to a large extent the artists chosen, many of whom I have been privileged to know. 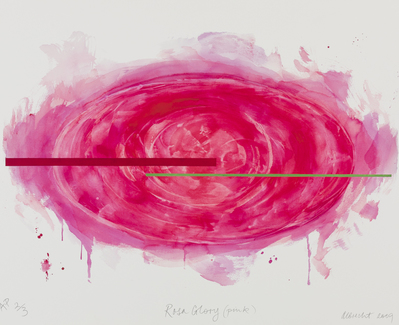 Works that have recently entered the Sarjeant Gallery collection. 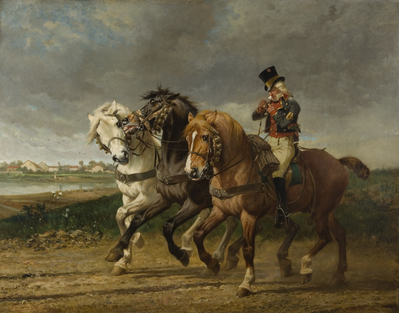 The majority of the Sarjeant Gallery’s holdings of international artwork focuses on 18 th and 19 th Century British and European art. As a result of the early collecting trips to Europe by Ellen Neame (Henry Sarjeant’s widow) and John Armstrong Neame (her new husband) between 1913 – 1930, quite a number of the earlier works in the collection represent the conservative colonial taste in art at the time. The Gallery has continued to add to this collection both as a result of bequests and active purchases. 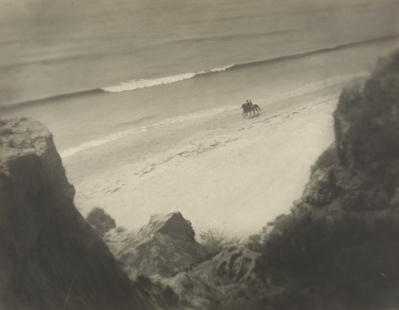 Frank James Denton was born in Wellington in 1869 and worked as a successful commercial photographer in Whanganui from 1899 until 1927. In 1919, when the Sarjeant Gallery opened, Mayor Charles Mackay commissioned Denton to curate an international exhibition of art photography at the Sarjeant Gallery. In 1926 over 170 photographs gathered by Denton from around the world were exhibited. Subsequently 83 of the photographs were donated to the Gallery’s collection, making it the first Gallery in New Zealand to seriously collect photography. The works in the Denton collection are part of an international movement that dominated photography during the later 19th and early 20th centuries called Pictorialism, These photographers aimed to elevate the status of photography as a true art form rather than as a mere record of reality. As a result many Pictorialist prints were produced using technically complex and experimental methods. Following close examination by photographic conservator Mark Strange in 2017-2018 the works in this collection now have detailed media descriptions. This collection is of international significance as New Zealand's largest, finest and most comprehensive public collection of Pictorialist photographs. 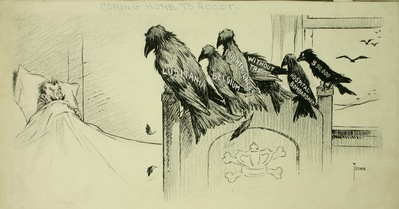 Early in 1917, in an effort to secure works for the Sarjeant Gallery’s early collection, Whanganui Mayor Charles Mackay began a letter writing campaign to cartoonists and magazine editors in most of the World War I allied countries. The response was remarkable and by 1918, when the war finally finished, the Gallery had nearly 120 cartoons from Australia, the United States of America and Britain. These works provide a unique snapshot into the political commentary of a turbulent period in our history.

On 8 April 2021, while drilling inside the walls of the Category I listed heritage building for the earthquake strengthening post-tensioning system, the drill unexpectedly hit and broke a glass jar hidden out of sight inside the wall. Remarkably the jar contained a time capsule that had been placed inside a wall cavity 103 years earlier on 28 January 1918 by John Cornfoot Brodie (b.1859, d.1930) Clerk of Works and supervisor of the Sarjeant Gallery building project. It quickly became apparent that this was not an official time capsule but instead a deeply personal selection of items relating to Brodie, his family and the Sarjeant building project. The contents of the time capsule are on display here for the first time. The most significant is a letter written by Brodie, dated 28 January 1918, where he expresses his concern about the lack of acknowledgement of the young architecture articled pupil, Donald Peter Brown Hosie (b.1895, d.1917) from the office of Edmund Anscombe in Dunedin, responsible for the winning design in the Sarjeant architectural competition. Instead Anscombe took the credit for the design, declaring that it was his work and Hosie did not challenge him, stating that he ‘was a young man and would have his chance again’. Tragically Hosie was killed in the Battle of Passchendaele a mere three weeks after the laying of the Gallery’s foundation stone. Brodie is unwilling to write Anscombe’s name in his letter and uses a dash instead. He goes on to say that others including the foreman, contractors, chairman of the Committee and leading solicitors share his opinion. Also included were personal items of Brodie’s; items unearthed from the Pukenamu Queen’s Park building site; a rare Sarjeant Art Gallery architectural competition report, published December 1916; and a copy of the Wanganui Herald and the Wanganui Chronicle, both dated 21 September 1917, the day after the laying of the Sarjeant Gallery foundation stone. Brodie was born in Hutchesontown, Glasgow, Scotland in 1859 and married Helen Gibson Hodges in 1881 in Victoria, Australia. He resided in Whanganui circa 1903 and had three surviving older daughters as well as two sons. On 2 June 1917 Brodie was announced in the Wanganui Herald as the clerk of works and supervisor for the construction of the new Gallery building. Following the completion of the Sarjeant Gallery, Brodie was also involved in the drafting of the initial and final designs for the Whanganui District War Memorial Tower on Durie Hill. His son Archibald Douglas Brodie worked as a Barrister in Whanganui and is the father of Whanganui-born artist Joan Grehan (b.1920, d.2007). A substantial body of Joan Grehan’s artwork is in the Sarjeant collection.