This is one of the ceramic artworks in our collection. It was made in New Zealand in 1993.
See full details

About the Work
Great to revisit this work again, or one very similar which I recall seeing in Auckland many years ago. What moved me then as it still does now is its reductive simplicity in form and pattern and as a tutor it’s hard to ignore the references to classical anatomical casts once used in many art schools as a teaching resource.
- Graham Fletcher 'My Choice' April 2021

During this time Verdcourt developed a mastery of the human form through assembling skeletons, drawing and learning the names of muscles, which is evident in two works featuring body parts, Ceremonial Elbow (1993) and Knee (1998). Oddly disconnected and further distanced from the context of the human body by the treatment of surface, these are, at first glance, the most abstract of Verdcourt’s works. Once the mind completes the context, however, the realism of the works becomes hard to escape. Verdcourt’s work is essentially direct, rather than complex, in meaning and here she isolates the body parts as she plays with common phrases such as “elbow grease” and “knees-up”. Her curiosity is also evident in the surface treatment of Ceremonial Elbow. In considering ceremonial body painting, Verdcourt was intrigued with why Nubians would paint their skin white and then paint black spots over this rather than scrape away the white paint to reveal the colour of their dark African skin. Verdcourt is not precious about ceramic methods or traditions, and her works are constructed in the way that suits the work: slab-built, modelled, coiled. The manganese and copper surface treatment on Knee highlights this as it disguises the material, causing it to be mistaken for a bronze rather than a ceramic by some viewers.
- from Verdcourt catalogue, 2010 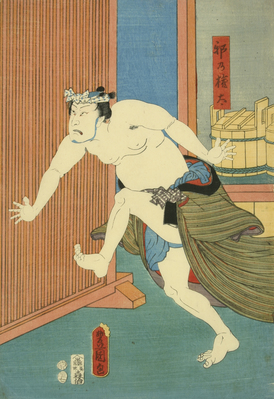