This is one of the photographs in our collection. It was made in Wellington, Wellington Region, New Zealand in 2008-2010.
See full details

About the Work
" "As a photographer and an artist I am interested not so much in re-photographing what we have seen before but asking questions about the ideas everyone has about Antarctica," she says...
..."So few people get to go there, but people have images in their minds about the place through photography."...
..."What I enjoy about whiteout as a photo project is it is all about surface and the experience of something invisible."...
...Noble says the show at Two Rooms asks a question: "What is the source of the images we expect to find, if we ever get to Antarctica?".
As in earlier series, such as her pictures of the Wanganui River, Noble is interested in how we come to feel we know a place through a photograph.
After her first trip, she sought out museum exhibits and Antarctic discovery centres, places where an imaginary landscape was created.
"What is real? What is imaginary? What is the object of desire? The work is my process of raising those sorts of questions," Noble says..."
"When I went to the museums, I pretended I was in Antarctica taking landscape photos. When I went back to Antarctica [on Chilean cruise ship the Akademic Ioffe in 2005] I remembered my own photos, and rephotographed them."
Whether taken in the Discovery Museum in Dundee, the Christchurch Antarctic Centre or Deception Island on the Antarctic Peninsula, Noble's pictures evoke a kind of frozen clarity, blue-white light coming from within the ice or the polystyrene, whether from diffused sunlight or halogen spotlights.
Humans and their machines are clearly out of place. No one belongs in this landscape."
Adam Gifford, New Zealand Herald. " Of Landscape and Longing, by Anne Noble at Two Rooms, 16 Putiki St, Newton, to June 30." Wednesday Jun 6, 2007. Accessed 9 Apr2013 from:
http://www.nzherald.co.nz/entertainment/news/article.cfm?c_id=1501119&objectid=10443790

Description
Grey and white image of flat seas with a white horizon line with white mist emerging from the left towards the centre of the horizon line. Sky is the same grey as the sea. 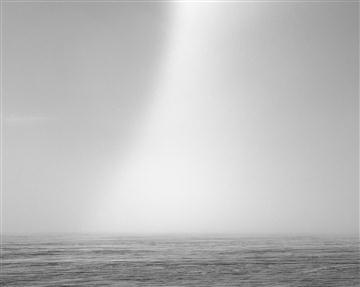 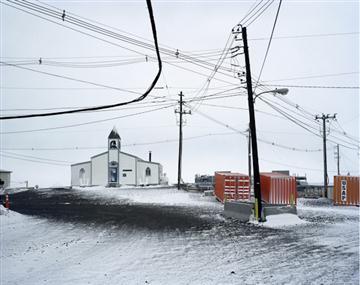 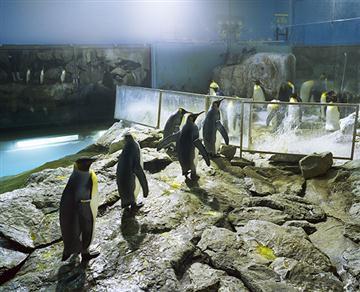 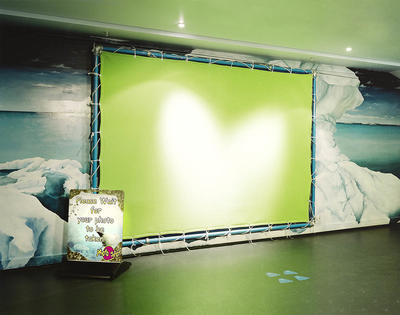 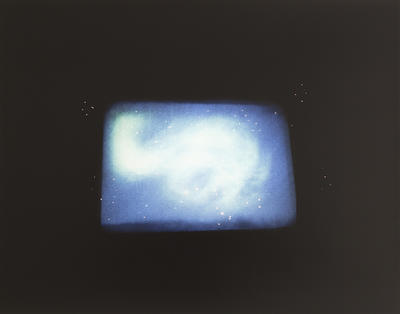