Biography
Enoch Arnold Bennett was born on 27 May 1867 at 90 Hope Street, Hanley, the eldest of the six surviving children of Enoch and Sarah Bennett. Later the family lived at 205 Waterloo Road, Burslem. Arnold was educated at the Wedgwood Institute and Newcastle Middle School.

Bennett left the Potteries for London in 1889 to work in a London law office. In 1891 he won a literary competition in Tit-Bits magazine. Taking up journalism full-time, he became Assistant Editor, and later Editor, of the ladies journal Woman. In a career of over thirty years, he wrote articles for a diverse series of magazines and newspapers, including New Statesman, Saturday Evening Post, The Evening Standard and The Realist.

Famous Works
Bennett was one of the great literary giants, writing not only thirty novels, but also stories, plays, essays, reviews and film scenarios. His first novel, A Man from the North appeared to critical acclaim in 1898. The book fictionalises his own move from the Potteries for a legal career in London. The vivid picture of London life offers fascinating insights into Bennett’s early career as a novelist.

The publication of Anna of the Five Towns in 1902 began the world-famous sequence of Five Towns stories, brilliantly portraying life in the Potteries. The Old Wives Tale (1908) and Clayhanger (1910) were recognised as masterpieces, while The Card (1911) shows Bennett’s lighter side. Later novels reveal his wide grasp of human nature, as seen in the politically-inspired Lord Raingo (1926), and the award-winning picture of a miser in Riceyman Steps (1923).

Personal Life
Bennett lived mainly in Paris from 1903 to 1911. There he met and married Marguerite Soulié. The marriage proved to be stormy and by 1921 they had separated. Bennett fell in love with a young actress, Dorothy Cheston. With Bennett unable to get a divorce, they lived together. Their daughter, Virginia, was born in 1926.

Bennett contracted typhoid fever in Paris and subsequently died in London on 27 March 1931. His ashes lie in the family grave in Burslem Cemetery, Stoke-on-Trent.
- https://www.stokemuseums.org.uk/pmag/collections/local-history/arnold-bennett-collection/ accessed 10/1/2022 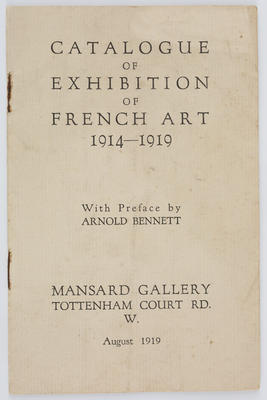