Biography
Charles Frederick Newham was born 21 June 1880, Christchurch, NZ. The son of Ann and Enoch Newham.
Ann and Enoch Newham left England in 1879 on the S.S. John Elder, first arriving at Melbourne, then travelling on to Christchurch, NZ (possibly the Mr & Mrs Newham who arrived at Wellington on the S.S. Wakatipu from Sydney on 30 March 1879 - NZ Times, Vol XXXIV, Issue 5617, 31 March 1879.)

At some point the family moved from Christchurch to Wellington while Charles was a student. It is likely his parents remained in Wellington as it was reported in the Evening Post, Vol XCV, Issue 26, 30 January 1918 that Mrs Newham had lived in Wellington with her family for many years, in a report of her death and funeral, which took place 29 Jan 1918.

Charles ran a photography partnership in Whanganui with John De Courcy Brady (b c.1879, d.1950) for three years from about July 1901 until July 1904. The business was called Newham & Brady and was located opposite the Technical School on Victoria Avenue. In the Wanganui Chronicle, 6 July 1901, Page 2 it was reported that "The firm have had the premises thoroughly renovated and adapted to the requirements of their business. The entrance hall, facing the Avenue, is well lighted and fitted up with show cases full of samples of the firm's work. Behind the hall is the manager's office, and behind that again is the dark room, and the retouching and mounting departments. Upstairs is the gallery and ladies' waiting room, the former being large, well-lighted, and suitably furnished. Yesterday Messrs. Newham and Brady secured a number of good pictures of "Wanganui in the snow." These will be on view to-day." On page 3 of the same paper was an advertisement 'Opening Notice' for their business.

Wanganui Chronicle, Vol XXXXVII, Issue 12246, 6 July 1904, page 7 reports on the dissolution of the business partnership and that the business will be solely carried on by C.F. Newham.

Wanganui Chronicle, Issue 19913, 11 October 1913, page 2 has an advertisement from Tesla Studios which states that Tesla Studios had purchased 8,000 photographs from Newham and Brady, Newham, and Falk Studios. They offer services of extra copies and enlargements, old photos copied or enlarged to any size.

Wanganui Chronicle, Issue 17000, 30 May 1917, page 7 has an advertisement that states Tesla Studios, opposite the Post Office, Whanganui, offers services in enlargement, doing them in "genuine black and white, sepia, water colours, or oils - and frame them in good wide oak or any frame you like to choose in sizes and prices complete from 21s to £5 5s. each. They can copy from any photograph or picture for you, or should you require an elargement from one of their own negatives, they have them from the date of their opening, 1908. They also bought all Newham's, Newham and Brady, and late Falk Studio negatives from which you can have direct enlargements or copies." 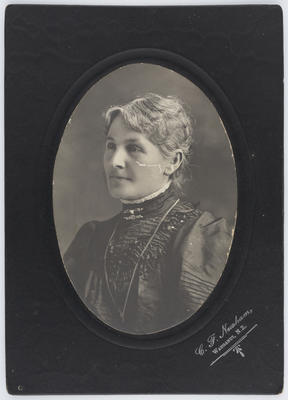 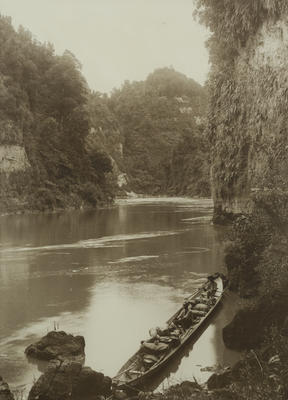