Biography
Sandy attended Te Aute Boys College in Hawkes Bay and received his formal art training at Ardmore and Dunedin teachers colleges. He became an arts specialist for the Department of Education’s Advisory Service in the 1960s, helping introduce the new “Māori Arts in Schools” program. In 1993, he was appointed principal tutor at Tairawhiti Polytechnic in Gisborne, formatting a wananga (place of learning) arts direction for Toihoukura School of Māori Visual Arts.

He returned to his Kahungunu tribal roots in 2002, setting up the Toimairangi School of Māori Visual Culture within Te Wananga o Aotearoa, in Hastings. He is a member of Te Atinga (Committee of Contemporary Māori Visual Arts) of Toi Māori Aotearoa and is on the Te Waka Toi board of Creative New Zealand. His work has been in many major art exhibitions, including “Headlands” (1992) in Sydney, Australia; “Te Waka Toi: Contemporary Māori Art” (1992-94), which toured the United States, and “Kiwa-Pacific Connections” (2003) in Vancouver, Canada. In 2005, Sandy received the Order of New Zealand for Service to Art, and Te Wananga o Aotearoa cited him as adjunct professor for his contribution to art education and the Māori community.
http://www.spiritwrestler.com/catalog/index.php?artists_id=2 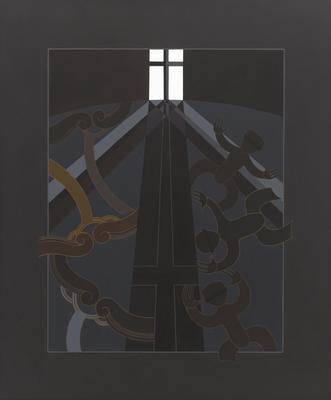