Biography
Rosa Bonheur was a painter, sculptor and provocateur who threw off society’s expectations and stood as a true original. Bonheur was notorious for wearing men’s clothes, smoking, visiting abattoirs, dissecting animals, frequenting horse markets and keeping unusual pets – including a lioness. Widely regarded as a proto-feminist, Bonheur was raised in a family of artists who held liberal and progressive ideas and encouraged her varied pursuits. Bonheur made waves in artistic communities very quickly, but it was her masterpiece The Horse Fair (now held at the Metropolitan Museum of Art in New York) which gained her international fame when it was exhibited at the French Salon in 1853. The culmination of Bonheur’s achievements took place in 1865 when she became the first woman to receive the Grand Cross of the Legion of Honour, France’s highest decoration. 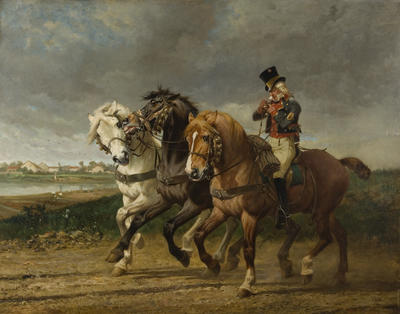 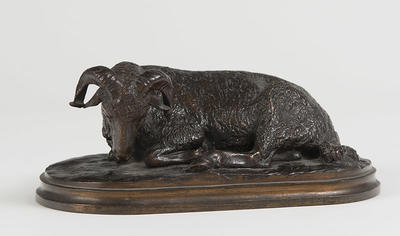 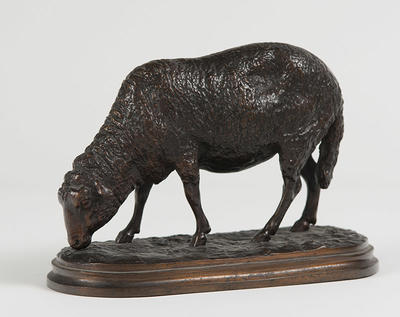