Biography
The eldest son of Charles Decimus, William Francis was born only days after his parents landed in New Zealand, on August 12, 1850. He was sent back to England for his schooling, after which he followed his father into the pharmacy profession in Wellington. He also helped him get the fledgling Academy of Fine Arts off the ground and was its treasurer for a short while. He worked predominantly in watercolour and oils, but also did some etching.
On his death in 1926, William Francis bequeathed a collection of predominantly 19th Century British paintings to the Sarjeant Gallery. Apart from the works by himself and other Barraud family members, the collection includes, among others, paintings by the Barbizon painter Narcisse Diaz (1808-1876), the "School of Norwich" painter John Sell Cotman (1782-1842) and Claude Hayes (1852-1922).
Sarjeant Gallery exhibition label 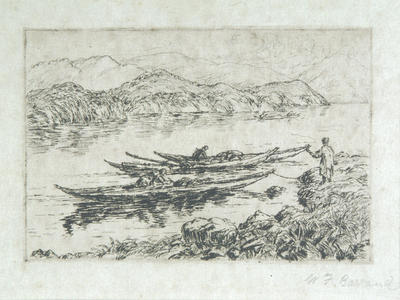 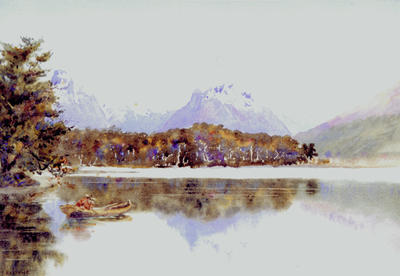 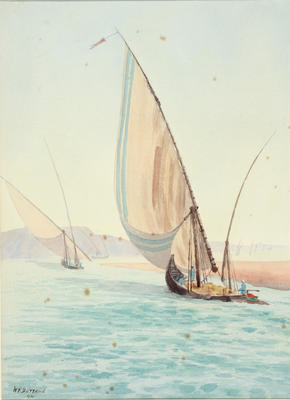 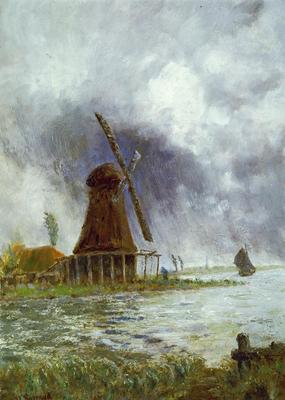 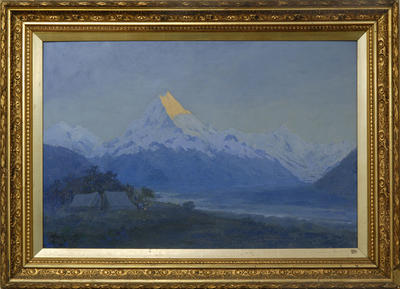 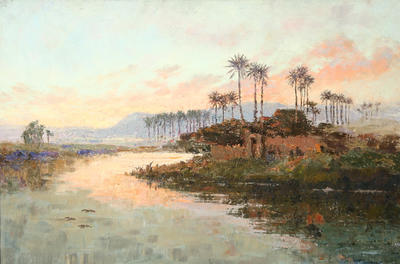 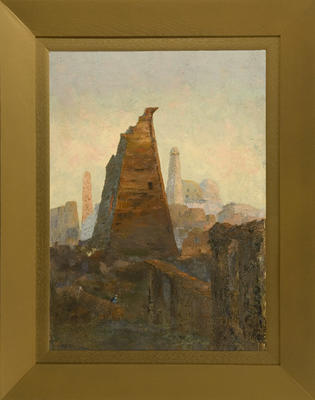