Biography
Violet Emily Sells was born on Christmas Eve 1873 at Guildford, Surrey. From early childhood she had an affection for animals which was to be a strong motivating force in her subsequent painting.
Not much is known of her early life. However in 1926 she and her husband emigrated to New Zealand in search of a warmer climate. The move was quite radical as Violet was then 52 and her husband ten years older. They settled in Whanganui and enjoyed the country lifestyle at Kaitoke. Violet brought some of her paintings from England, mostly hunting scenes, and soon was painting again.
As her work became known and admired, she began receiving commissions to paint prized animals and treasured family pets. Towards the end of her life she accepted a commission to paint a famous racehorse, Beau Le Havre, which she completed despite arthritis in her hands and failing eyesight. Once, she was even commissioned to paint an artificial nose for an unfortunate patient at the Wanganui Hospital!
- Abridged from an essay by Mrs Wilkinson, Auckland, written in 1999.

...It was known she was a Herkomer student ... Violet had been born in Guildford in 1873, so she would have had to join the Herkomer school, according to Herkomer's rules, by the time she was 28 in 1901-2. She also studied anatomy at the London Veterinary College and took lessons from painters, William Frank Calderon (another Herkomer student) and Stanhope Forbes.
Herkomer closed his school in 1904 and in 1905 Violet married William Whiteman and the couple moved to a stud farm in Herefordshire. An ideal home for someone who had a great affection for animals - a strong motivating force in her subsequent painting. In one account it refers to her winning a scholarship at the School of Animal Painting when she was in England. Lucy Kemp-Welch's school was first named the Bushey School of Painting and only after relocating it to her own home, called it the Kemp-Welch School of Animal Painting, by which time Violet Emily was living in Herefordshire ...The influence of Luch Kemp-Welch [on Violet's work] is unmistakeable.
Among the horses, cattle and dogs, etc., on the farm was a vixen, with whom Violet Emily formed a close relationship, naming her Teddy. When Violet and her husband decided to emigrate to New Zealand in 1926, Teddy of course could not travel with them, but amongst their luggage were many pictures of the animal, one of which is now in the collection of the Sarjeant Gallery Te Whare o Rehua Whanganui. ... Violet was 52 by the time she and her husband arrived in New Zealand and she built up a whole new career. She exhibited with Wanganui Arts Society and accepted private commissions to paint pets and prized animals - she became well known for her studies of animals.
In the Manawatu Times, issue 18 August 1943, it stated: "The exhibit contains several able studies of horses, cattle in pastoral settings, portraits of dogs and landscapes. In these Mrs/ Whiteman has successfully captured New Zealand rural atmosphere and has demonstrated her high standing among animal painters in this part of the world." Violet Emily Whiteman died in 1952.
Yet another example of the influence of the school Hubert von Herkomer set up in Bushey nearly 150 years ago and its outreach, even to the other side of the world in 2021.
- abridged from an article written by Pat Woollard, published in the Friends of Bushey Museum News No.200 August 2021 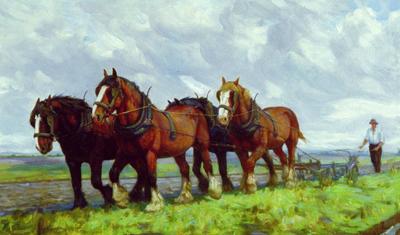 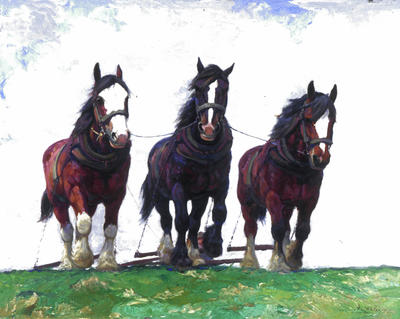 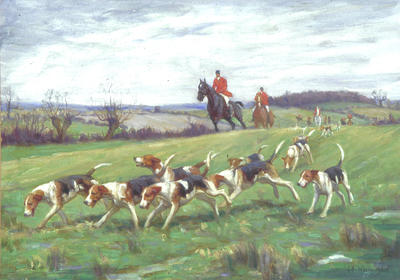 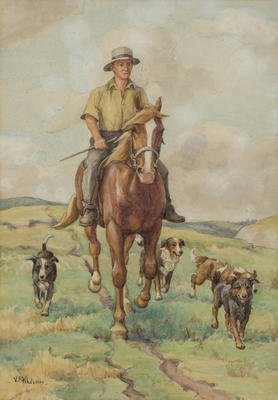 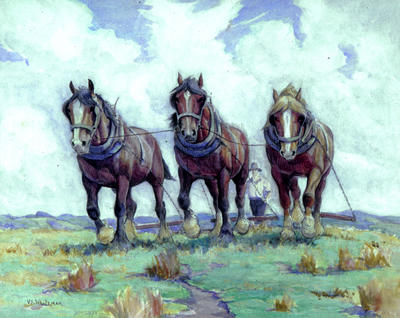 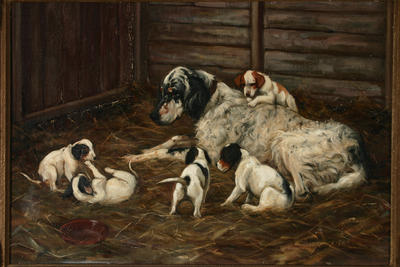 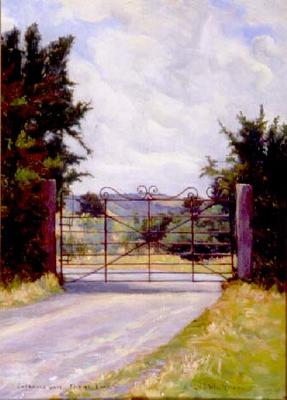 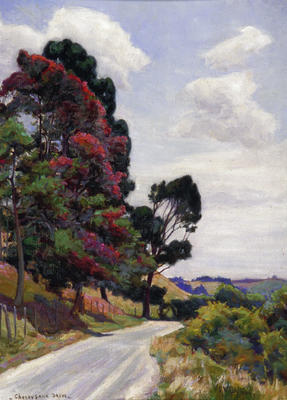 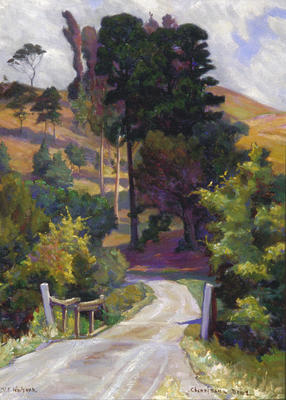