Biography
Accessed from The Encyclopedia of New Zealand on 5 October 2012
http://www.teara.govt.nz/en/biographies/4c7/1
By Jamie Mackay


Ida Harriet Carey was born at Taonui, near Feilding, on 3 October 1891, the daughter of Elizabeth Keeble and her husband, Richard Octavius Egerton Carey, a farmer. Although she painted from a young age, her first formal training was in music and she initially became a piano teacher. Around 1910 the family shifted to Tuhikaramea, near Hamilton. During the First World War Ida moved to Te Aroha, and by 1921 she was living at Matamata. That year she began painting seriously after the war artist Horace Moore-Jones saw her work and suggested she travel to Sydney to study under J. S. Watkins. This was the first of several trips she was to make to Sydney for tuition during the 1920s and 1930s. While there, Carey found herself accepted as a serious artist: in 1924 she was elected a member of the Royal Art Society of New South Wales and her work featured regularly in their exhibitions. A review of a 1929 exhibition in the Sydney Bulletin claimed that her ‘fresh and vivid’ portraiture caused the viewer ‘to take a sharp intake of breath’.

Carey’s reputation spread to New Zealand, and in 1926 she was commissioned by Bishop C. A. Cherrington to paint a triptych in oils for the altar of his private chapel at St Peter’s Cathedral, Hamilton. Her work was first exhibited by the New Zealand Academy of Fine Arts in 1928 and in 1932 several of her paintings were hung at the Canterbury Society of Arts’ annual exhibition. A review in Art in New Zealand said of one work, ‘Study’, that the ‘changes in tone…are exciting, and the drawing is deft’, but noted that some of her larger works suffered from technical defects. In 1937 Carey’s ‘Study’ was included in the Royal British Colonial Exhibition, London.

The following year she was persuaded by the New Zealand artist Frances Ellis to study under the Italian painter Antonio Dattilo Rubbo in Sydney; she stayed at his school for six months. Carey travelled to Britain and Europe twice during the 1950s, visiting major galleries and painting prolifically. Her most interesting work from this period is a series of candid portraits of well-known performers from the ballet and theatre in London.

Ida Carey paid for these trips through a series of mostly temporary or part-time art teaching positions; the first, in 1930, was as relieving art lecturer at Auckland Training College. From the mid 1930s she worked at several Hamilton secondary schools, including Hamilton High School, where she taught for 12 years and was a member of the permanent staff from 1945 to 1949. During this time, and after her retirement from teaching in 1969, she supplemented her income by taking private pupils.

In August 1934 Ida Carey and Adele Younghusband convened a public meeting in Hamilton which led to the establishment of the Waikato Society of Arts. Both women spoke of the need to develop and encourage artists in the region, and to bring local and national work to the general public through regular exhibitions. Carey’s involvement with the society was to last almost 50 years: she was president (1945–48 and 1952–54) and became a life member in 1964. As well as regularly exhibiting with the society she taught and encouraged other members.

In 1963 Carey was involved in a motor accident while driving home to Hamilton from Taupo. She broke her neck and spent three months at Waikato Hospital. Contacts made during her convalescence inspired her to start a new project: to find and paint every living Maori woman who had a moko. Although now in her 70s and unable to drive, Ida spent the next decade travelling around some of the most remote areas of the North Island tracking down her subjects, gaining their confidence and painting their portraits. Before receiving their permission she usually had to promise that the painting would not be sold, though she was allowed to make and sell copies. Many of the originals were deposited in local galleries and museums. One of the first works in this series, ‘Amohia Tuhua’, was joint winner of the 1968 Kelliher award for portraiture. Carey eventually completed over 100 portraits of what has been referred to as the ‘lost generation’, including many Maori women prominent in the early decades of the 20th century. This series proved very popular: solo exhibitions in 1981 and 1982 were said to have broken New Zealand records for the speed and quantity of paintings sold.

Ida Carey was a small woman with much warmth, humour and vitality, as well as great spiritual and physical tenacity. When failing health forced her to move from her Hamilton East residence of over 45 years into the Trevellyn Home and Hospital in 1980, the Waikato Art Museum catalogued and photographed 1,353 paintings piled up in stacks in her house. She continued to paint to the end of her life, her last works, mainly of other residents at Trevellyn, being executed with her left hand as her right became arthritic. The success of her exhibitions made her something of a celebrity and nurses had to protect her from over-eager fans and journalists. Ida Carey died at the Trevellyn home on 23 August 1982; she had never married.

Although it is for her Maori portraits that she is best known, critics have generally claimed that Ida Carey’s finest work was done in the 1920s and 1930s, and that much of her later work contains technical deficiencies, especially in her use of colour. This perhaps explains why she has been ignored in New Zealand art history literature. However, her significance both as an artist with great popular appeal and as a major contributor to the development of fine arts in Waikato cannot be denied. 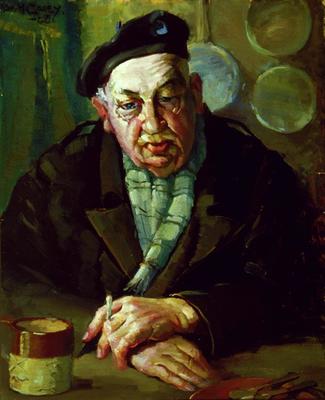 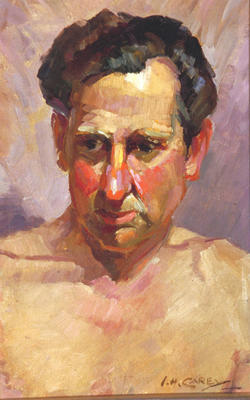 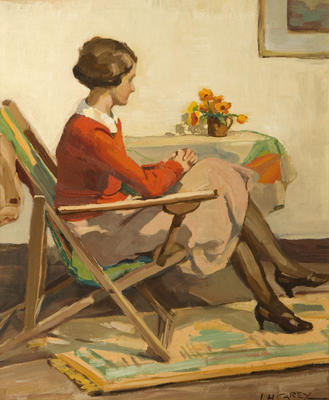