Biography
"Born Birmingham, England: studied at Birmingham School of Art. His father, Thomas Attwood, arrived in Lyttelton on the Merope 27th October 1870, took up photography, and in 1887 was listed as a photographer, Sydenham, Christchurch. His son, the painter T. R. Attwood, possibly stayed in England to finish his education, and arrived in New Zealand on the Crusader 1882. Exhibited with Canterbury Society of Arts 1885, with New Zealand Art Students Assoc. Auckland 1885, as an Auckland member of the Auckland Society of Arts 1886–87, and as a Canterbury member 1888–91. In 1891 settled in Palmerston North and it is as a Palmerston North painter he is known–listed as Palmerston North painter 1901–02. After this he probably exhibited at various country agricultural shows. His son, Thomas Attwood, remembers his father meeting the painter Kirkwood at a Hamilton agricultural show. Died at Porirua. Exhibited: Centennial Exn, Melbourne 1888–89." 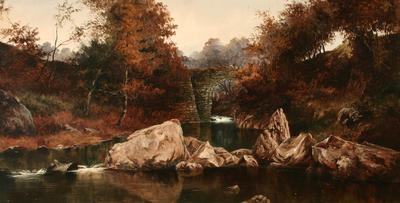 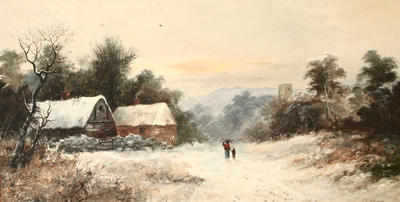 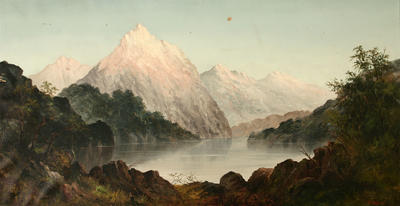