Biography
Louis Orr, a premier American etcher who was most renowned for his large, atmospheric etchings of Paris, went to France in 1906 to study and work in the studio of J.P. Laurens. Orr's first original etchings date from 1908. During the following twenty years Louis Orr built his fame on large-scale architectural renditions of Paris and other French cities and ports.

During the 1920's, these etchings made Louis Orr one of the most sought after artists on both sides of the Atlantic, and editions of his prints were usually sold out before the actual date of publication. The French government commissioned a number of Orr's etchings. Not only was Louis Orr the first living American artist to have his work collected by the Louvre, his was the first original etching to be purchased by this museum.

While in Paris, Louis Orr met North Carolinian Robert Lee Humber and together they envisioned a large series of etching of North Carolina landmarks. Orr developed the project for 12 years, from 1939-1951, producing some of his very finest work in this series. Complete sets of the fifty images still exist today in some libraries and private institutions. Gallery C, having established a unparalled reputation for its knowledge and expertise in the Louis Orr etchings of North Carolina, is often called upon to assist museums and private collectors in the acquisition and deaccession of the etching.
Accessed 16/04/2013 from http://www.galleryc.net/louis-orr.html 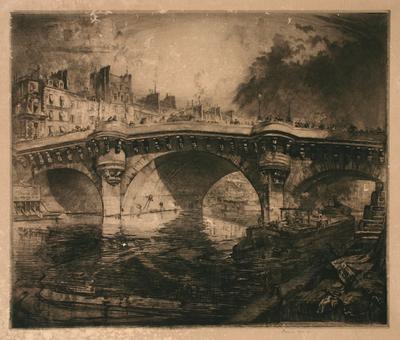 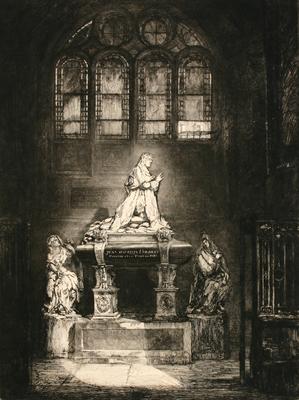