This is one of the sculptures in our collection. It was made in Whanganui Region, New Zealand in 2005.
See full details

Description
White linen gown with a high neck and shoulder frill design, the garment is elongated to over 2 metres tall. It hangs on the wall using a wire hanger. The skirt is made in tiers and the hem has a cane hoop inserted that makes it hang away from the wall. The sleeves are elongated with inserted rectangular strips of linen resembling bishops stoles, the ends of the stoles have the name of the Tahitian chief Mai embroidered in dark thread and they are displayed crossed across the body of the garment. 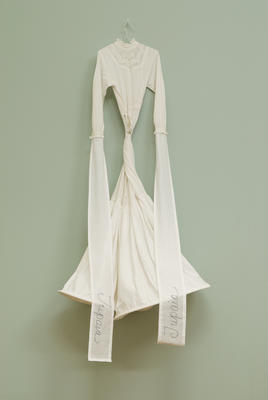 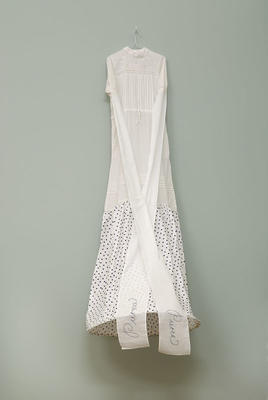 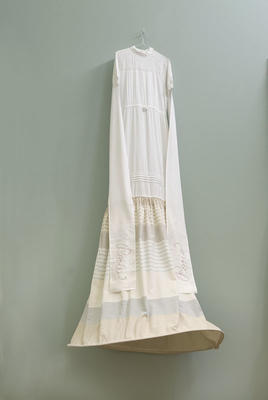 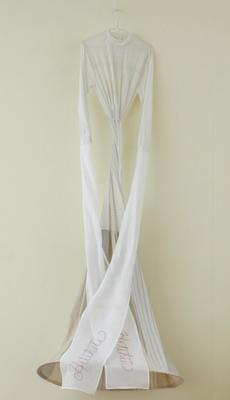