Biography
Arthur d'Auvergne Boxall (1895-1944), artist, was born on 19 June 1895 at Port Elliot, South Australia, son of George Albert Boxall, carpenter and builder, and his wife Ellen, née Pratt. He was educated at Victor Harbor High School and studied architecture on a scholarship at the South Australian School of Mines and Industries. After being awarded the diploma of the South Australian Institute of Architects, he was articled for seven years to the firm of Woods, (W. H.) Bagot, Jory & Laybourne-Smith. He also studied drawing at the Adelaide School of Art under Will Ashton and at the School of Fine Arts, North Adelaide.
When a appointed art master at the Collegiate School of St Peter he gave up architecture, although evidence of this training remained in his drawing. A fellow of the South Australia Society of Arts, he won its Melrose Prize for portraiture in 1923 and 1925 and the landscape award in the latter year. At this time he shared a studio with Horace Trenerry, and their work, regularly seen at the society's exhibitions, was often compared; both were influenced by Elioth Gruner. Boxall's first one-man exhibition, from which all the works were reportedly sold, was in Adelaide in 1925. Next year a successful 'Farewell Exhibition' was held at the Dunster Galleries.
Boxall then spent three years in England and, as an honorary commissioner, reported to the South Australian government on art. He studied under Henry Tonks and Wilson Steer at the Slade School of Fine Art, University of London, where he gained an honours diploma in fine art, prizes for composition, figure study and landscape, and a scholarship which enabled him to travel widely in Europe. In 1928-29 he exhibited with the Royal Academy of Arts, London, the Paris Salon, the Royal Institute of Painters in Water Colours, the Royal Institute of Oil Painters and the less conventional New English Art Club. While returning to Australia he studied and sketched temples and tombs in Egypt and visited Fiji. He arrived home in 1930 but, disheartened at the prospects in Adelaide, went to stay with a friend in New Zealand and exhibited with art societies there.
In 1932 Boxall was appointed to the East Sydney Technical College as teacher of life-drawing. He became head teacher of art and remained there until he resigned owing to ill health in 1940. His successor Douglas Dundas described him as 'having a cheerful disposition' and as an 'enthusiastic teacher', with a 'profound knowledge of the history of art', who often discoursed to artists and students at his home on the qualities of his numerous reproductions of master works. Boxall believed that 'a pupil must teach himself and the work which counts most is that which is done away from class'. His own draftsmanship was meticulous, confident and sensitive, mirroring his quiet, studious nature. His many small landscapes in oils, which were painted directly and briskly with an apparent ease of style, were carefully thought out initially, as some of his sketches show.
Boxall died, unmarried, of tuberculosis at his father's home at Rose Park, South Australia, on 7 January 1944 and was buried in North Road cemetery. His estate was sworn for probate at £3454. From a bequest of his sister Ella a trust was established for the National Gallery of South Australia known as the d'Auvergne Boxall Bequest which took effect from 1954. This added many paintings, drawings and prints by Boxall to the collection, and a room was renamed the d'Auvergne Boxall Gallery. That year a memorial exhibition of his works was held at the Royal Society of Arts, Adelaide.
http://adb.anu.edu.au/biography/boxall-arthur-dauvergne-5317 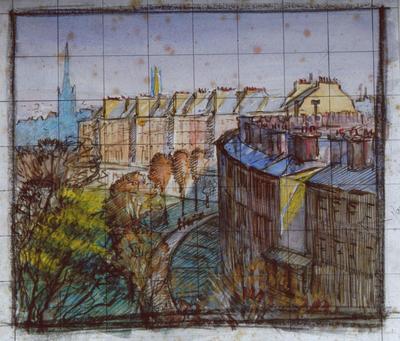