Biography
John trained as a teacher and while he originally intended to work as an art teacher, he wished to develop his own art practise so decided to stick with teaching and develop his own personal art outside of the teaching role. After graduating from Otago University with a Diploma of Teaching he worked in a variety of school roles including counsellor, senior master and principal. He then worked as a tutor and later as the head of the arts department at Soutland Community College. During this time he became deeply involved in community arts while establishing his own art and exhibition record at the Canterbury Society of the Arts in Christchurch. From the mid 1980s Scott spent a decade as the Director/CEO at Wanganui Regional Community Polytechnic (later known as UCOL). During this time his art practice was expanded and developed further with the support of Sarjeant Gallery Director Bill Milbank and contact with artists such as Peter Nicholls, Ralph Hotere and Phillip Trusttum. After leaving Whanganui Scott went on to become the Chief Executive at Christchurch Polytechnic for 12 years and then the CEO of the Bahrain Polytechnic for 5 years. During his career he has served on numerous boards and community trusts, including as an Executive of the Friends of the Sarjeant Gallery and is a life member of the Sarjeant Gallery Trust. Regarding his work practice he states "My work has always had a craft element to it as I enjoy the 'making' process and have dabbled in ceramics, leather crafts and later bronze casting and sculpture. More recently I have shifted back to something I used to teach and still develop: photography and digital works on canvas and while I have produced over a hundred such works and numerous photographic books I have not exhibited these in New Zealand" John Scott (2019) 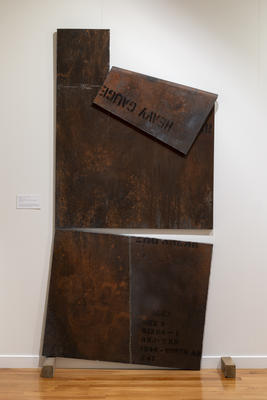 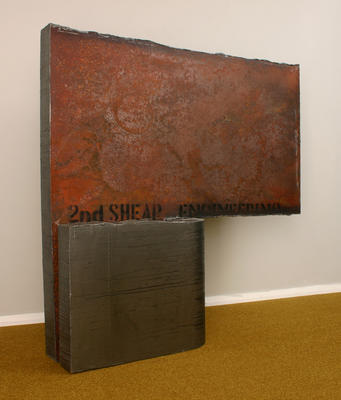 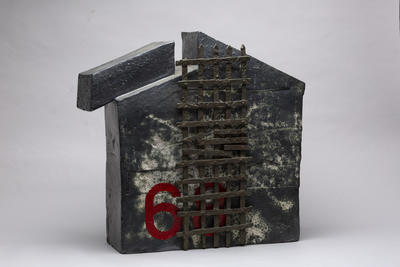