Biography
Lucius Curtis Pease (March 27, 1869 - August 16, 1963), better known as Lute Pease, was an American editorial cartoonist and journalist with a lengthy career through the first half of the 20th century.

Born in Winnemucca, Nevada, Pease was raised by grandparents in Charlotte, Vermont from the age of five after the death of his parents. He grew up to embark on an adventurous life, as detailed in a 1949 Editor & Publisher article:

"This deceptively plain-looking gentleman is close-to-80-years old Lute Pease, nationally-known cartoonist whose work for 34 years has been reproduced in magazines and newspapers from coast-to-coast. But few of those who admire his work with pencil and brush—often compared to the best in Punch—are aware of Pease's extraordinary background that springboarded him into caricaturing the world's great. He eagerly recalls a series of amazingly vivid memories that meander blithely over America and back through his Trader Horn-like years before heeding the call of art. It was a medley of ranching, canvassing, small-business trials, land-locating efforts—"I tried to get in on the 'Oklahoma Strip' months before the rush"— freighting with oxen on the White Pass in '98, five years of Alaska mining, wood-chopping, running a Nome bunkhouse during the time of the 'Spoilers,' and being first resident U.S. Commissioner in northwestern Alaska. To say nothing of being the intimate of the great and the near-great the country over. As a cub reporter-sketch artist (before the days of the halftone) on the Portland Oregonian, Nevada-born Pease, got the famous five-minute interview with Mark Twain which that renowned humorist praised as "the most accurate and best ever written of me."[1]
He was also editor of The Pacific Monthly in Portland, Oregon."

His papers are on file at the Huntington Library.[2] 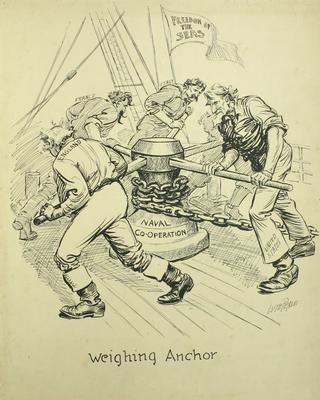 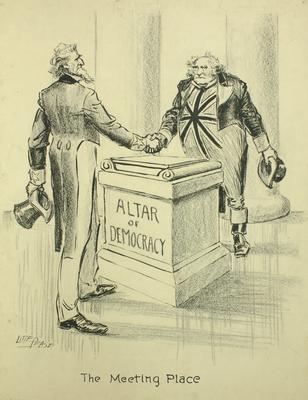 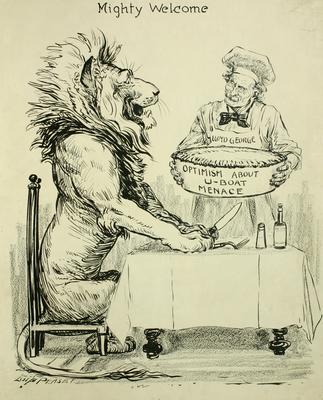 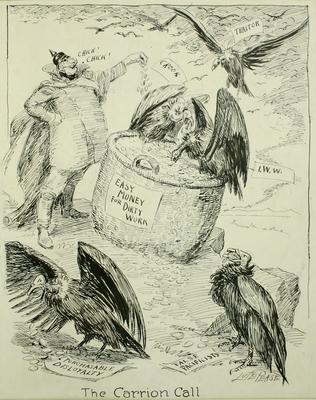 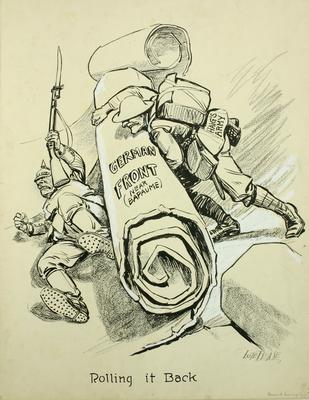