Biography
Nigel Brown was born in Invercargill in 1949. His mother was the artist Veronica Sedon (raised in Whanganui by Miriam and Frederick Sedon). His father was R.F. Brown and they moved to Invercargill where Nigel was born. They moved to Whanganui for about 2 years from1952-1953 where Nigel Brown's father worked in insurance. About 1954 they moved to Mount Maunganui, then a year later to Tauranga orcharding in Otumoetai. Nigel Brown attended Tauranga Boys College from 1963-1967 and then Elam School of Fine Arts, University of Auckland from 1968-1971.
In the late 970's Brown met fellow artist Philip Clairmont and, after returning from a 3 month Arts Council trip overseas, Brown stayed with Clairmont several times at Mangamahu near Whanganui. They were very involved in the 1981 anti Springbok Tour protests and also were founding members of VAANA (Visual Artists Against Nuclear Arms) in 1984 with Brown's art produced during this period tackling a number of relevant issues such as nuclear weaponry, feminism and the peace movement. This work culminated with an exhibition 'Living in the Bomb Age' at Dunedin Public Art Gallery in 1985. Following the suicide of Philip Clairmont in 1984, Brown returned to Mangamahu some time after and produced some works.
In 993 Brown was the Artist in Residence at the Whanganui Regional Community Polytechnic (later known as Quay School of Arts, and then later as UCOL). During this time he also had an exhibition at the Sarjeant Gallery.
Visit https://www.nigelbrown.co.nz/about/biography/ for more information. 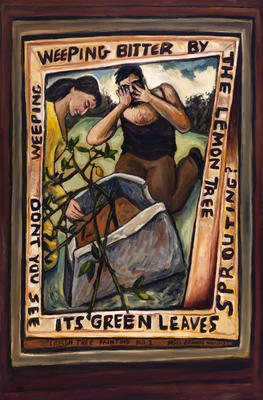 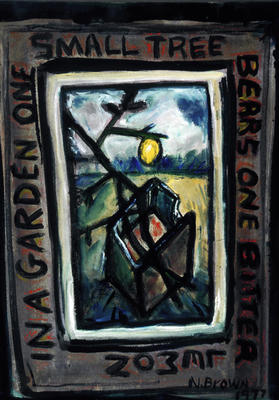 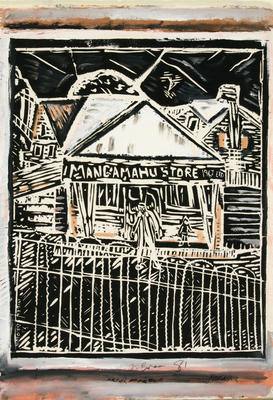 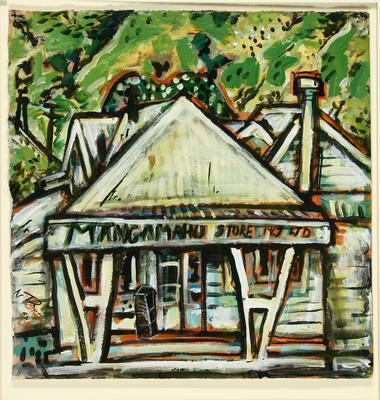 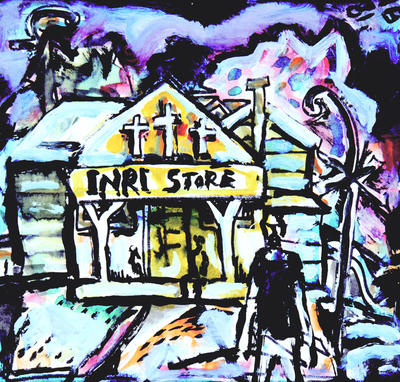 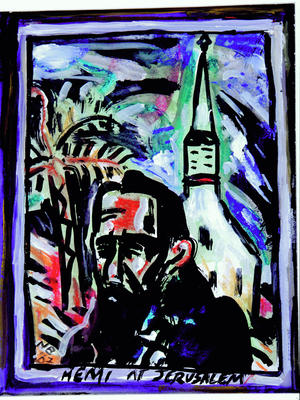 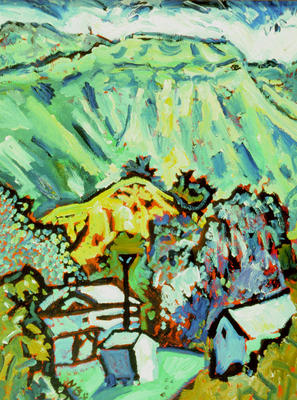 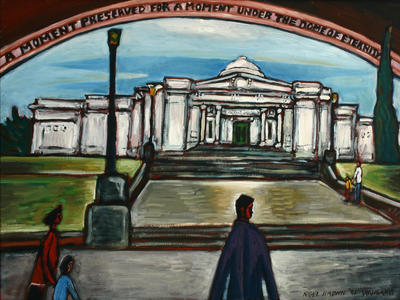 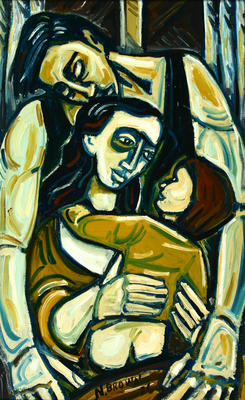